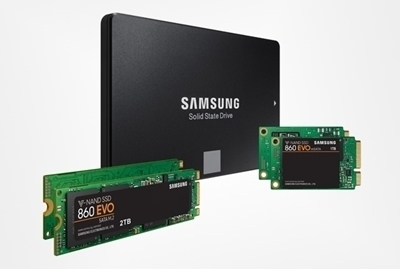 Solid state drives or SSDs are the latest in high-performance storage for computer systems. They offer much higher data transfer rates than traditional hard drives while consuming less energy and also having greater levels of reliability thanks to no moving parts. These attributes make them extremely attractive to those using mobile computers but they are also starting to make their way into high-performance desktops as well.

Features and performance can vary greatly in the solid-state market. Because of this, it is very important to consider things carefully if you are purchasing a solid state drive for your computer. This article will take a look at some of the key features and how they can impact the performance and cost of drives to help buyers make a more informed purchasing decision.

The interface on the solid state drive is most likely going to be Serial ATA. Why will this interface be important then? Well, in order to get the highest performance out of the latest generation of solid-state drives means that you will need to have a 6Gbps rated SATA interface. Older SATA interfaces will still offer strong performance especially compared to hard drives but they may not be able to achieve their highest levels of performance. Because of this, people with older SATA controllers in their computer may want to buy an older generation solid state drive that has rated maximum read and write speeds closer to their maximum interface speed in order to save some on costs.

Another thing to remember is that interfaces are rated in gigabits per second while read and write times on drives are listed in megabytes per second. In order to determine the limitations on interfaces, we have listed the converted values below for the various SATA implementations for readers to better match drives to their PCs SATA versions:

Remember that these are the theoretical maximum throughputs for the various SATA interface standards. Once again, real-world performance will typically be a lower than these ratings. For instance, most SATA III solid state drives peak between 500 and 600MB/s.

Several new interface technologies are starting to make their way into personal computers but they are still in the very early stages. SATA Express is the primary interface that is set to replace SATA in the desktop market. The interface on the system is backward compatible with older SATA drives but you can not use a SATA Express drive with an older SATA interface. M.2 is a special interface that is really designed for use with mobile or thin computing applications but is being integrated into many new desktop motherboards. While it can use SATA technology, this is a very different interface that is more like a stick of memory slid into the slot. Both allow for faster speeds if the drives are designed to use the faster PCI-Express transmission methods. For SATA Express, this is roughly 2Gbps while M.2 can reach up to 4Gbps if it uses four PCI-Express lanes.

If you are planning on installing a solid state drive into a laptop to replace a hard drive you also have to be aware of the physical size limitations. For instance, 2.5-inch drives are typically available in multiple height ranges from as thin as 5mm all the way to 9.5mm. If your laptop can only fit up to 7.5mm height but you get a 9.5mm heigh drive, it will not fit. Similarly, most mSATA or M.2 card drives have length and height requirements. Be sure to check the maximum supported length and height for these as well before purchasing one to make sure it will fit in your system. For instance, some very thin laptops may only support single sided M.2 cards or mSATA cards.

Capacity is a fairly easy concept to understand. A drive is rated by its overall data storage capacity. The overall capacity of solid state drives is still significantly less than what can be achieved with traditional hard drives. The price per gigabyte has been steadily dropping making them more affordable but they still lag behind hard drives significantly especially on the largest capacities. This can cause issues for those that want to store a lot of data on their solid state drive. Typical ranges for solid state drives are between 64GB and 4TB.

The problem is that capacity in solid state drives can also play an important role in the performance of the drive as well. Two drives in the same product line with different capacities will likely have different performance. This has to do with the number and type of memory chips on the drive. Typically, capacity is linked to the number of chips. So, a 240GB SSD may have twice the number of NAND chips as a 120GB drive. This allows the drive to spread out the read and writes of the data between the chips which effectively increases performance similar to how RAID can work with multiple hard drives. Now the performance will not be twice as fast because of the overhead of managing the read and writes but it can be significant. Be sure to look at the rated speed specifications for the drive at the capacity level you are looking at to get the best idea of how the capacity might have an impact on performance.

The performance of a solid state drive can be greatly impacted by the controller and the firmware that are installed on the drive. Some of the companies that make SSD controllers include Intel, Sandforce, Indilinx (now owned by Toshiba), Marvel, Silicon Motion, Toshiba, and Samsung. Each of these companies also has multiple controllers available for use with solid state drives. So, why does this matter? Well, the controller is responsible for handling the data management between the various memory chips. The controllers can also determine the overall capacity for the drive based on the number of channels for chips.

Comparing controllers is not something that is easy to do. Unless you are extremely technical, all it will really do is let you know if a drive is a current or past generation solid state drive. For example, the Sandforce SF-2000 is a newer controller generation than the SF-1000. This should mean that the newer one can support larger capacities and have higher performance.

The problem is that two drives from different companies can have the same controller but still have vastly different performance. This is due to the firmware that is included with the SSDs in addition to the specific memory chips they may use. One firmware may emphasis data management differently than another that can boost its performance for specific types of data compared to another. Because of this, it is important to examine the rated speeds in addition to the controller itself.

Since solid state drives offer significant performance speeds over hard drives, the read and write speeds are particularly important to look at when buying a drive. There are two different types of read and write operations but most manufacturers will only list the sequential read and write speeds. This is done because sequential speeds are faster thanks to the larger data blocks. The other type is random data access. This typically consists of multiple small data reads and writes that are slower because they require more operations.

The manufacturer speed ratings are a good basic measure for comparing solid state drives. Be warned though that the ratings are at their best under the manufacturer testing. Real world performance will likely be below the ratings given. This has to do partly with the various aspects discussed later in the article but also because data can be influenced by other sources. For instance, copying data from a hard drive to a solid-state drive will limit the maximum write speeds for the SSD to how fast the data can be read from the hard drive.

One issue that buyers of solid-state drives might not be aware of is that fact that the memory chips inside of them have a limited number of erase cycles they can support. Over time the cells within the chip will eventually fail. Typically, the manufacturer of the memory chips will have a rated number of cycles that they are guaranteed for. To mitigate the failure of the chips being worn out from constant erasing of specific cells, the controller and firmware will not immediately erase old deleted data.

The average consumer will probably not see a solid state drive's memory chips fail within the typical lifetime (upwards of five years) of their system. This is because they don't typically have high read and write tasks. Someone doing heavy database or editing work might see higher write levels though. Because of this, they may want to take into account the rated number of write cycles that a drive is rated for. Most drives will have ratings somewhere in the 3000 to 5000 erase cycles. The larger than cycles, the longer the drive should last. Sadly, many companies are not listing this information anymore on their drives instead requiring users to judge the expected life of the drives based upon the warranty lengths provided by the manufacturers.

TRIM is a command function that lets the operating system better manage the data cleanup within the solid-state memory. It essentially keeps track of what data is in use and what is free to be erased. This has the benefit of keeping the performance of the drive up while not adding to the write amplification that leads to early degradation. Because of this, it is important to get a TRIM compatible drive if your operating system supports the function. Windows has supported this feature since Windows 7 while Apple has supported it since OS X version 10.7 or Lion.

The majority of solid state drives are just sold with the drive. This is fine because if you are building a new machine or just adding extra storage to a system, you don't need anything more than just the drive. If however, you are planning on upgrading an older computer from a traditional hard drive to a solid state drive, then you might want to look into getting a kit. Most drive kits include some additional physical items such as a 3.5-inch drive bracket for installing into desktops, SATA cables, and most important cloning tools. To properly get the benefits of a solid state drive as a replacement, it must take the place as the boot drive of the existing system. To do this, a SATA to USB cable is provided to allow the drive to be attached to an existing computer system. Then a cloning software is installed to basically mirror the existing hard drive onto the solid state drive. Once that process is complete, the old hard drive can be removed from the system and the solid-state drive put in its place.